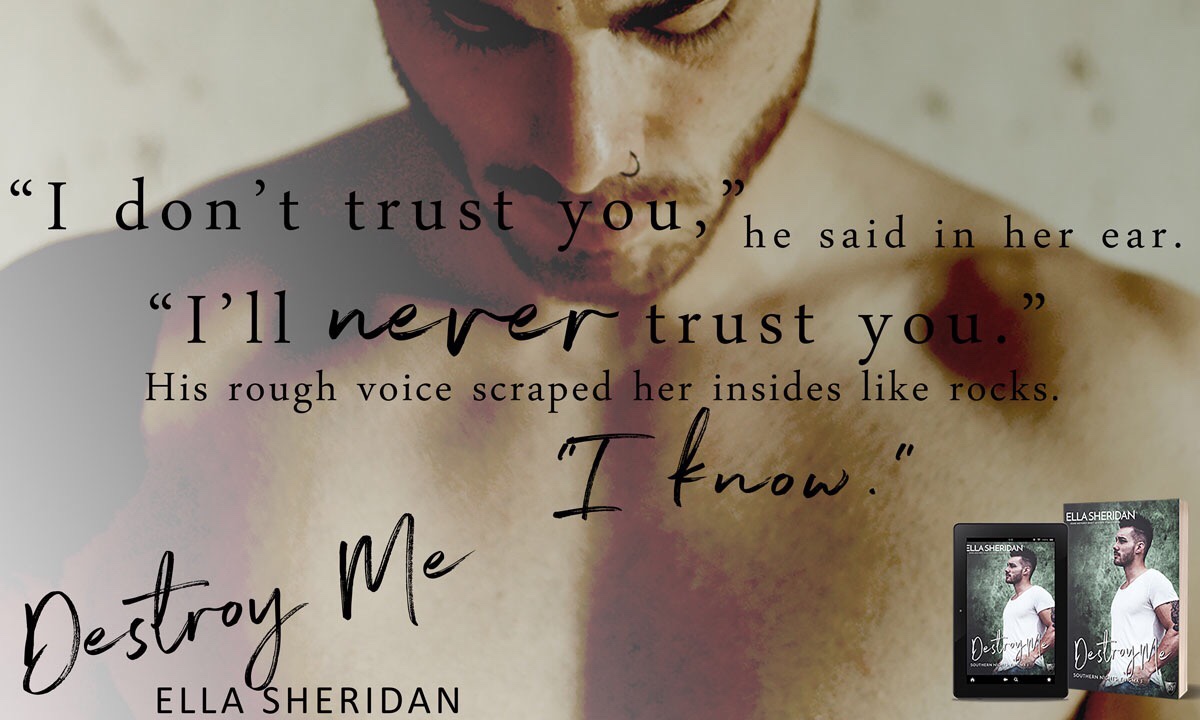 Lyse Sheppard planted the bomb that almost killed everyone close to her, including the man she loved. Now in hiding, she spends her days making amends the only way she knows how—using her genius computer skills to save women enslaved by the bastard who blackmailed her. And every night she punishes herself by watching the man she lost live his life without her.

Fionn “Irish” McCullough can’t let go of the rage Lyse ignited the night she betrayed his team. Betrayed him. After months of searching, he’s no closer to finding his prey—until a mysterious message points him toward Ireland and a deadly threat against the only family he has left.

Caught in the twisted web of his past, Fionn must choose between revenge and keeping his mother safe. But the one weapon he needs—and the one touch he craves—may be the woman he can never forgive.

“Fionn, I never would’ve hurt you.” She blinked up at him, a suspicious sheen in her eyes. Everything about her was suspicious. “I wouldn’t hurt anyone, but especially not you.”

He snorted. “Why? Because you’re kind and sweet and naive? None of us are buying that shit anymore.”

Lyse squeezed her eyes shut. He could see the fight going on inside her, the need to defend herself. She could try all she wanted; it wouldn’t be doing her any good.

Opening her eyes, she focused on his jumper, not meeting his gaze. “You know why. I couldn’t hurt you, Fionn. I…”

Something mean sparked in his gut. “Why? Because of your little crush?”

Her pale cheeks went pink, her gaze dropping to the floor.

“You didn’t think your case of puppy love meant anything, did ya? Those big eyes staring up at me, full of hearts.” He leaned in, planting his hands on the seat on either side of her thighs, bringing their faces close. He wanted her to see him, wanted her feeling it when he delivered the blows. “All that pathetic hero worship almost got my team killed. Why? Because we trusted you. Because no little girl who was naive enough to believe she’d have a chance with me could be a threat, yeah?”

Writing has been my passion since childhood, but like many writers, life got in the way. After earning a BA in English Literature, I married and started a family. But the worlds and characters that swirled through my mind just wouldn’t go away, and at a particularly difficult time in my life, I picked up pen and paper (or laptop) and tried to release some of that difficulty onto the page. I’ve been writing ever since. Now I’m a member of Romance Writers of America, run an accountability blog to help writers reach their goals, and am pursuing publication with the same passion I feel for writing.

Nothing pleases me more than sharing the stories of my heart with you, the reader, and I hope, in some small way, these stories will touch your heart too.