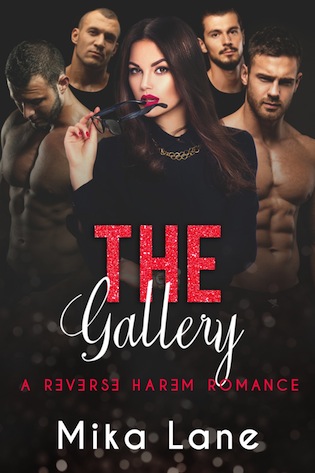 What do you do when someone changes the rules of the game? Do you keep playing? Or start your own game?

Blu, my gay bestie, was determined to see me win. Of course, I knew that would involve plenty of retail therapy. And chocolate.

I just didn’t know it would include four hot as h*ll men with moves I’d never dreamed existed. And a very different sort of social club.

Fortunately, though, I didn’t have to try too hard. Gio lowered my panties, slowly and deliberately by reaching under my dress, until they were at my ankles. He raised one of my feet at a time so I could step out of them. He crumpled them into a ball, and finally meeting my gaze with an intensity that made me sway, smiled as he tucked them into his suit pocket.

Guess I won’t be seeing those again.

When I took my first step, my heel, my expensive spikey high heel, wedged between two brick pavers. The resulting jolt caused me to slosh gin and tonic out of my glass and all over my sister’s watch, which I wore on my right wrist. Dammit. I shook the cocktail off my arm and made sure the watch’s minute hand was still moving. If anything happened to that watch, well, I didn’t know what I’d do. It was the only one I ever wore. Devon had insisted on gifting me a variety of much fancier ones in the time since we’d been married, and even one with diamonds for my thirtieth birthday, but I wasn’t about to stop wearing Lisette’s. It was all I had left of her.

A National Reader’s Choice Awards finalist, Mika always deliver a hot, sexy romp, often with imperfect characters, and a promised happily ever after (or at least happy for now).

She LOVES to hear from readers, and can be found at www.mikalane.com, and facebook.com/mikalaneauthor, when she’s not dreaming up naughty tales to share.