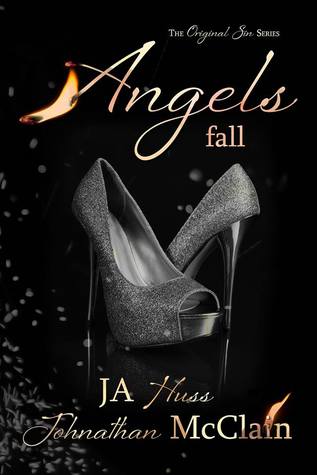 Maddie doesn’t really owe drug lord, Carlos Castillo, money. So she hadn’t taken his threats seriously. Until now. He wants it, whether she owes it or not. And if she doesn’t have it in six weeks he’s gonna take her as payment instead.

Tyler would save the world if he could. That’s a fight that lasts forever. And if there’s one thing he’s good at, it’s fighting. So if Maddie thinks she’s gonna deal with an insane drug lord on her own, she’s crazier than he is.

She’s got a debt she can’t pay. He’s got more money than he needs.
She’s not gonna fall for his charm. He’s gonna make sure that happens.

They’re destined to be together. Even if Maddie doesn’t know it yet.
Sometimes your soul mate isn’t who you’d choose, it’s who you need.

Good thing you don’t get to choose. 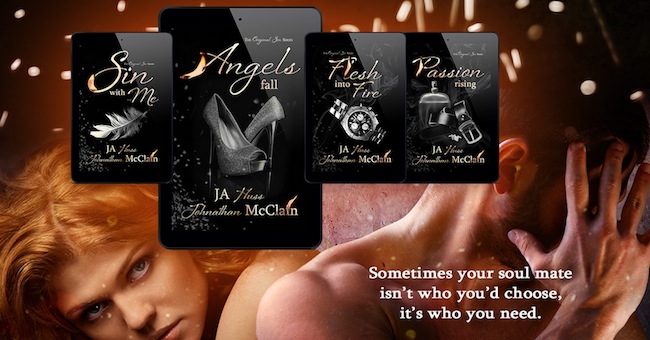 “Who the fuck invited you?” I snarl at Tyler. “And how the hell did you even find out where I live?”

“I stopped by Pete’s. Met Pete. Sweet guy, by the way. I would’ve imagined a strip club owner as being kinda—”

“Pete told you where I live?” Jesus. Thanks, Pete. Fuck.

“No, no, not exactly.” Tyler’s standing way too close to me now. The girls are pretending not to be able to hear him, but it’s clear they’re eavesdropping. I hope they’re better at fucking guys for money than they are at spying.

Tyler leans in closer still, and I really, really wish he would not do that. Because I hate him and don’t want him anywhere near me. Or maybe because I can feel the heat of his body and he kinda smells delicious. Which just pisses me off more because I hate him.

He lowers his voice and continues explaining how he found me. “Don’t be mad at Pete. He didn’t want to tell me where you live. Seems like a really ethical guy.”

“Except he did tell you where I live.”

Nope. This is not going down like this. “Get. Out.” I’m pointing at the door now.

“No!” Diane whines. “No, no, no. We’re just getting to know him, Maddie! Oh, my God. This guy. Where the hell have you been hiding him all these months?”

“Where have I been hiding him?” I see red as I go to him, hands out, and slam them into his chest. The force of my push makes him step back… half a step. Maybe. “I wasn’t hiding him anywhere, you traitors! This asshole ducked out on me years ago. And when I needed him, when I was begging him to—” I shake my head to clear my mind. “And then he shows back up and thinks everything’s gonna be fine just because we fucked a couple of times when I didn’t know it was him!”

There’s a beat before Annie says, “You fucked him?” with, like, way more excitement in her voice than she should.

“Not the point!” I shout as I slam my hands into his chest again.

But this time, he grabs my wrist and stops me, saying, “Can we please talk?”

I struggle in his grip, but he holds tight. I clench my teeth and spit, “Let go of me.”

He does. Immediately. Both hands up as if in surrender.

I decide to change my strategy. Because clearly Tyler Morgan is being Tyler Morgan. He attracts people to him like a siren song calling sailors to the rocks. He knows how to play up the act he perfected long ago. Seemingly genuine, charismatic, and fascinating as he leads the rest of us to our destruction.

So I pull the friend card out and whirl around to face Annie, Diane, and Caroline. Taking a deep breath, I say, “He’s not what you think,” in the calmest tone I can muster. My voice is shaky. My hands are trembling with anger. But I hold it together. “He ruined me,” I say. “He broke me into tiny pieces, dropped me to the ground, and walked all over me.”

Annie just stares at me, confused.

“What do you mean?” Diane asks.

“He left me, Diane. After Scotty died. He left me alone. He never came back. He never even showed up for his funeral. I begged him,” I say, starting to cry. “I begged him and he told me to stop. He just went on with his life like nothing happened. Like my brother didn’t just die the most horrific death possible. Like what we all meant to each other was meaningless. So I hope one of those stories he told you about our childhood included that little fact. And then…” I continue, drawing in a deep breath, willing the strength it takes to get this last part in so I can twist that knife in his chest the way he did mine. “And then he went off and made millions of dollars. Been living it up in a goddamned penthouse, no cares at all. No worries at all. While I’ve been back here…”

But I lose it there. I can’t say the words selling myself. Because I’ll die right now if I have to say that. I’ll die.

There’s a filled beat while everyone stares at Tyler, who never breaks eye contact with me. And I really wish he would. Because his eyes are sad and hurt-looking and no fucking way will I fall for that shit. No. Fucking. Way.

Two accomplished writers come together to create unforgettable sexy romance. JA Huss is the New York Times bestselling author of 321 and has been on the USA Today bestsellers list eighteen times. Johnathan McClain is a veteran actor and writer whose work, either performed or written, is probably airing on at least one of the channels on your television right now. You can contact them on their website http://www.hussmcclain.com or find them at their social links below.