Rockstar romances are my jam and this was a  smashing debut to a new Rockstar series.  Rock The Dream is an incredibly inspiring and sexy love story that will leave you wanting more.  It’s also a slow burn with meet me in the “red room” undertones.

This unexpected tear-jerker has it all: famous rock group, groupies, Bromance and the girl next door.  Kennedy Lane is sexy, flawed and recklessly drowning in his grief.   Abigail is a hard nose professional who take no prisoners while telling it like it is.

When Kennedy falls for Abigail, he must prove himself to be worthy of a second chance.  His first impression is the typical hungover Rockstar with no care in the world.

While the authors stay true to the moniker “sex, drugs and rock roll” I will admit I was concern  about the drug use in the beginning .   They created  a story with tenderness and  validated how (and if) drug use can be depicted and still remain a swoon worthy romance.

At first glance, it may read like a typical bad boy Rockstar meets girl next door. But in the expert hands of Miller and Carson, it becomes a heart wrenching drama that poetically tackles themes of grief, love and the power of hope!  In a storm of addiction and stardom, Kennedy and Abby carve out the perfect happy every after. 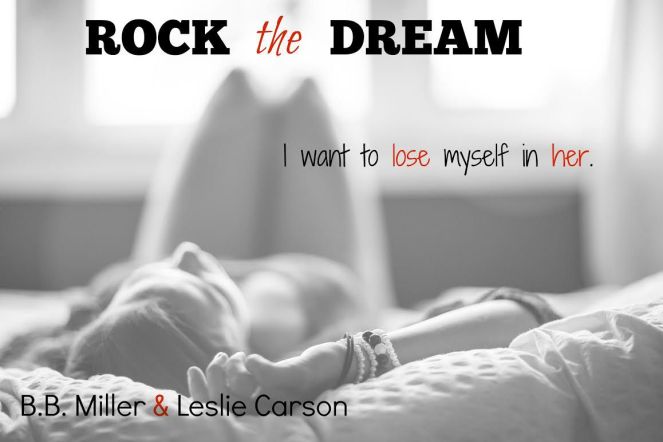 Multi-platinum, award-winning rock musician Kennedy Lane has it all—packed arenas, private jets, and loyal fans. Everything is at his fingertips… until a tragic accident twists his dream into a nightmare. Haunted and lost, the only place he comes alive is on stage, playing for a sea of nameless faces. He’s desperately wanting more, and losing hope that he’ll ever find it.

Abigail Walker, Executive Director of an international children’s charity, lives for her job. Determined not to repeat past mistakes, she pours her energy into making the lives of the families she works with just a little better. But her dedication doesn’t keep her warm at night, a fact that she’s beginning to regret.

When a little boy’s hope to meet his idol brings them together, Kennedy is shocked to find that determined Abigail may be the one to help him make his dreams come true—if he’s strong enough.

“Don’t you want more?” My voice sounds disembodied, dry, and raspy, like I’m a seventy-five-year-old chain smoker who doesn’t give a shit about what a lifetime of nicotine has done to his lungs.

A booming bass fills the penthouse suite at the San Francisco Fairmont, where my band, Redfall, and a host of strangers party into the night. “Mmm… You’re so fucking hot.” It’s a slurred and intoxicated whisper against my neck from some nameless groupie sitting on my lap. Gin and desperation roll off her in waves. She licks the curved chaos of ink snaking down my shoulder and grinds her skinny, naked body against mine. I shudder at the feel of skin and bones against me. She pushes her tits forward, and breathes in my ear. “Touch me, Kenny.”

“I always want more. So do you.” The voice of my tour manager, Brodie Dixon, drifts to me from somewhere far away. I lean back against the couch, trying to open my eyes in an attempt to find him. I feel like I’m floating in a dream or a nightmare; it’s hard to tell which. I’m stuck somewhere between reality and a fucked up fantasy.

I turn my neck in the direction I think Brodie’s voice came from, making a feeble attempt to brush away the hand flattening against my stomach, and drifting south. I can feel her jagged nails scratching over my hip, fumbling, as she attempts to unhook my leather belt.

Her hot, liquor-laced breath fans over my exposed chest, and her fingers lazily drift along the tatt that covers my neck. She doesn’t give a shit about me. She’s just here because I’m Kennedy-Fucking-Lane and she wants to say she fucked me.

Somehow, I manage to open my eyes. Through an intoxicated haze, I can make out Brodie—at least I think it’s him—bent over a table, slowly moving his face along a mirrored surface. I lift the dead weight of the bottle of Jack to my lips, welcoming the burn as the whiskey hits my throat.

Muted light filters in from the gaps in the curtains, catching the glare from the mirror and splaying prisms of color over Brodie’s body. He leans back in the chair and lifts his hand to his nose, snorting back any excess coke he may have missed. He cracks his neck like he always does when he’s finished, and pats his thigh.

It feels like I’m watching in slow motion as a groupie appears like an apparition out of nowhere and floats to his lap, immediately wrapping her arms around his neck and crashing her lips to his.

I shut my eyes, guiding the heavy bottle back to my lips, hoping the magic liquid will block everything out. It hurts to swallow. My throat feels like it’s on fire. I wonder how much is enough to numb the pain.

Once upon a time, a Canadian vegetarian and an American carnivore bonded over a shared love of shoes, wine, and good storytelling. Leslie Carson lives in Ottawa, Canada, with her busy family and seems to spend more time at the hockey rink than outside of it. From her home near Portland, Oregon, B.B. Miller spends her days with family and friends in search of the perfect pear martini.
Their first novel in a four part series – Rock the Dream – is available now.
Website | B.B. Miller’s Goodreads | Leslie Carson’s Goodreads