The Montgomery Ink series continues with the brother that deserves a second chance, and the woman who has always loved him.

Alex Montgomery lost his first love and then proceeded to leave himself in the bottle. Only he and his ex-wife truly know why he fell so hard and so fast down a path he never thought he’d take. Now he’s clean, out of rehab, and learning how to be a Montgomery once again—a task that isn’t quite as easy as some of his family assumes.

Tabby Collins is an honorary Montgomery and the organizational mastermind behind Montgomery Inc., the family’s construction company. She loves her planners, friends, and a certain dark-haired man who’s never given her a second glance.

Alex is slowly re-immersing himself back into the world, but the demons he faced before aren’t out of the picture, and he’ll have to learn to rely on others to make it out whole. When Alex discovers that Tabby’s life is in danger, he not only finds a way to help her but also learns the true woman behind the soft smiles he’s always seen. Their romance won’t be an easy one, but nothing this passionate and heart-pounding ever is.

Get your hands on INK EXPOSED: 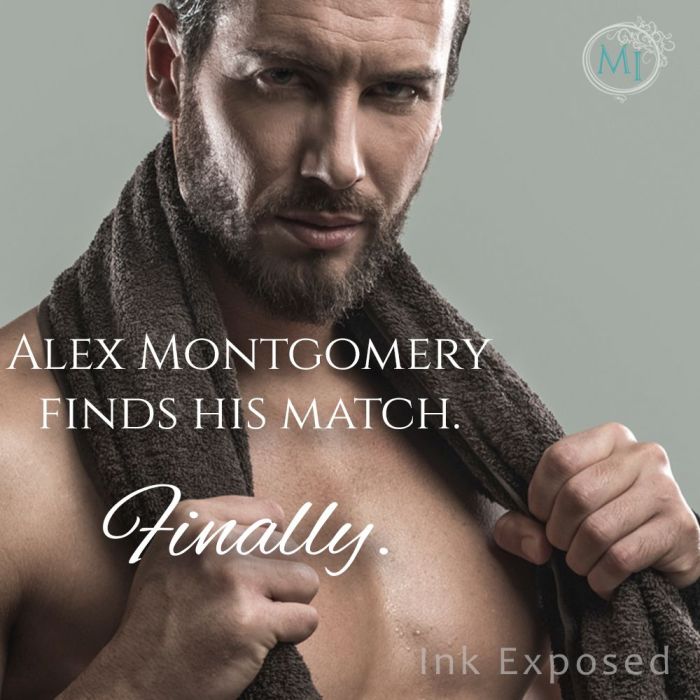 Want to read the first chapter?

The first full first chapter of INK EXPOSED was revealed last week! You can read all three parts now:

Carrie Ann Ryan is giving away a $50 Amazon gift card and swag pack – you can enter via the Rafflecopter below!

Find out who your Montgomery Ink hero is on Buzzfeed!

Carrie Ann Ryan is the New York Times and USA Today bestselling author of contemporary and paranormal romance. Her works include the Montgomery Ink, Redwood Pack, Talon Pack, and Gallagher Brothers series, which have sold over 2.0 million books worldwide. She started writing while in graduate school for her advanced degree in chemistry and hasn’t stopped since. Carrie Ann has written over fifty novels and novellas with more in the works. When she’s not writing about bearded tattooed men or alpha wolves that need to find their mates, she’s reading as much as she can and exploring the world of baking and gourmet cooking.