Home › In the Spotlight › WICKED RUSH by Kym Grosso (@kymgrosso)

Technology capitalist, Lars Elliott, lives on the edge, savoring the adventure of flirting with death. After rescuing a stranger from a hail of bullets, he resists attraction to the dangerous beauty. Determined to learn her secrets, he draws her into his seductive world of risk taking, pushing her sexual limits. As he unravels the mystery surrounding the lovely doctor, he questions the integrity of those close to him.

Caught in a web of lies, marine biologist, Dr. Braelynn Rollins never expected to face off with the tempting CEO who’s haunted her dreams. Deep undercover, she’s committed to revealing clandestine adversaries of the nation and recovering stolen research. Exposed, she’s forced to trust the man who has the power to both destroy and save her. Within his arms, she surrenders control to Lars, submitting to desire, exploring forbidden cravings.

Lars and Braelynn heat up southern California as they discover who is friend and who is foe. Spiraling down a journey of lust and revenge, their carnal hunger escalates. As danger and corporate espionage surround them at every turn, Lars must decide if she is as innocent as she claims and if she is worth the rush. 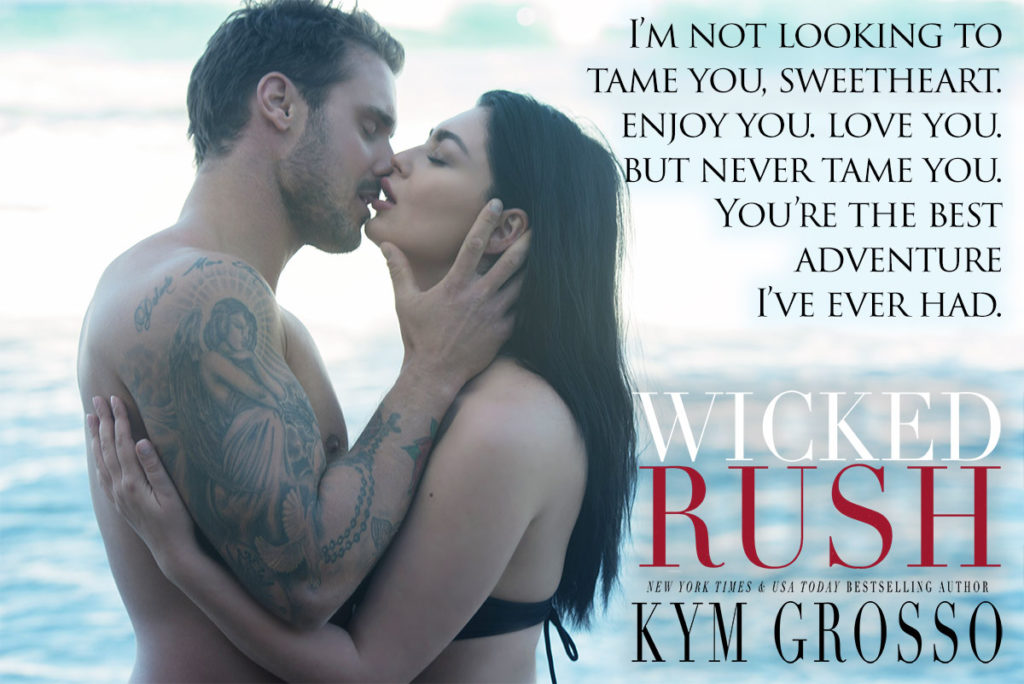 Amazon US I Amazon UK

She lives in suburban Pennsylvania but has a not-so-secret desire to move to a beach in southern California where she can write while listening to the roar of the ocean. She holds a bachelor’s degree from West Chester University and a MBA from Widener University. In a previous life, she was employed as a speech therapist, a health care consultant, and a product manager for a software company. In 2012, Kym published her first novel and today, is a full time indie romance author.