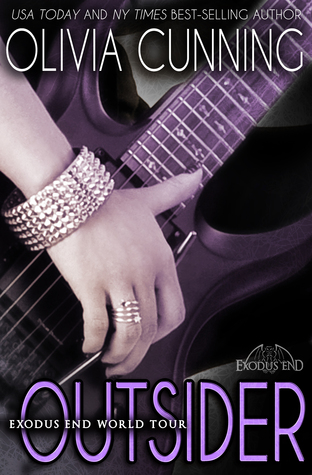 Source: ARC kindly gifted by author/publisher in exchange for an honest review via netgalley

Olivia Cunning is back at her absolute best!  Nobody does rock star romance like her. NOBODY! To give Reagan, Trey and Ethan’s story the justice it luxuriously deserves, it is eye-popping scorching hot from start to finish.  It’s complete with heart-stopping and mind-blowing sex.  Outsider is a sexy masterpiece!  I have been waiting a lifetime to read the continuation of this story.  Okay, maybe not a lifetime, but it feels like it since Double Time. And the wait was worth it. Ms. Cunning gave us everything we could possible want in this story and then some!!

You have a story packed with an inferno of sexual heat, vulnerability, and tenderness.  Yes, you get heart this time around.   In Double Time, we were seduced with the idea of Trey finding his happy ever after.   After years of unrequited love from Master Sinclair aka Brian, Trey was able to find a woman and a man to fall in love with together.   But what happens after the HEA? Life happens!

Exodus End’s fan base is dwindling despite the sold out concert venues.  We learn seats are being filled partly because the draw is Sinners on Tour. Sales are drying up and their band manager will stop at nothing to revive the band’s place at the top!   This arrogant and greedy band manager intends to exploit Reagan as a “sex symbol” to keep Exodus End at the top of the charts!

However, when you change the rules, you change the game.  There is no such thing as a bad publicity. Reagan’s secret has been leak with just enough spin to create havoc with her band mates and her personal love life.  While reading this story, you may forget Reagan only has a one-year contract.

It’s not all peaches and cherry lollipops.  We have an Exodus End story and a Sinners on Tour long epilogue.  Trust me, that’s a bonus! Once again we can revisit the lives of Brian Sinclair, Sed Lionheart, Eric Sticks and Jace Seymour.

Olivia Cunning took a human story of family bonds, success, the power of music and created a “Rockstar Romance Powerhouse.”    This is by far the best romp of the year.  It holds you on the edge of your seat before arousing you out of it.  I didn’t think it was possible to get better than Backstage Pass.  The awesome thing about this possibility is the other band members have a story to share.  Is Exodus End on their way to obscurity? In my opinion, Olivia does an excellent job staging any upcoming releases.  I pray to the rock star gods it will be sooner than later. 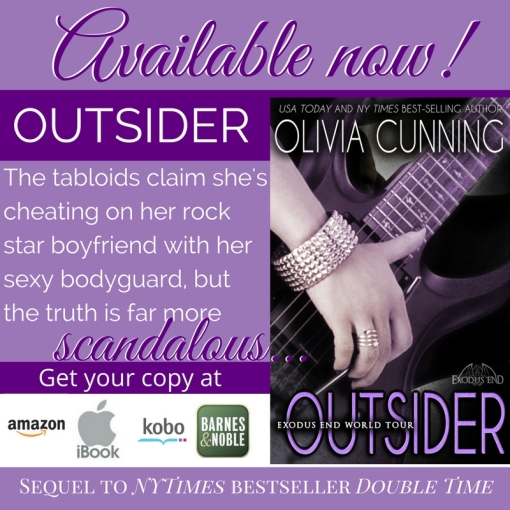 Reagan Elliot should be living her dream…

She’s touring with Exodus End as their new rhythm guitarist and gaining more notoriety and fame than she ever imagined possible.

But sometimes the world sees things differently and is determined to destroy what it doesn’t understand.

Can Reagan’s relationship with Trey and Ethan survive the cruel backlash of the media, her family, and a bigoted public? Or will the talented musician lose everything she holds dear in the face of her own burgeoning doubts? 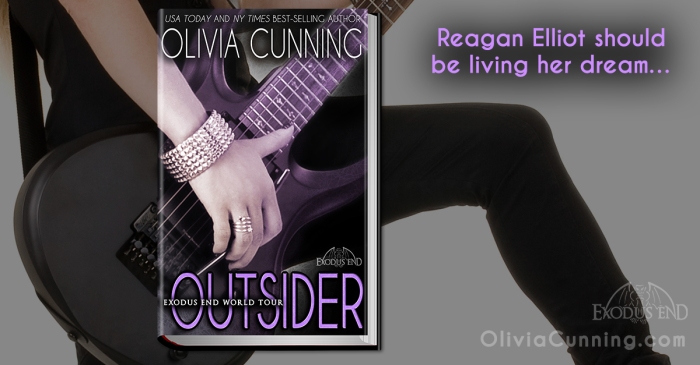