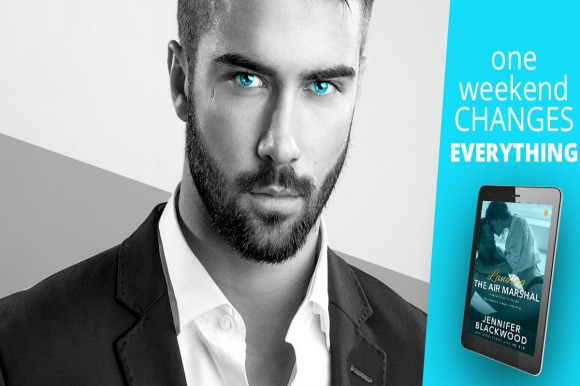 Mile High KINK Book Club presents: Landing The Air Marshall by Jennifer Blackwood. Welcome to my Spotlight post on the Blog Tour. We have an exciting playlist and excerpt for your reading and listening pleasure. Thank you for stopping by today!

Synopsis: It was meant to be a one-night stand. One wicked night with an irresistibly sexy passenger. That’s all Air Marshal Gage Michaels can afford–his career comes before everything else. Too bad the snowpocalpyse of the century has different plans for him and Abby Winters. Before the night’s over, they find themselves snowed in at the most luxurious hotel in the city.Abby’s scouting job of a NYC penthouse should be quick, simple, and definitely shouldn’t include a sexy-as-hell man messing up the 3000 count sheets that will be featured in her company’s next blockbuster hit. Not when she’s up for a promotion that could skyrocket her entire career in the film industry. Still, she can’t refuse what the weather gods so obviously want her to have. She’ll give in, just this once.

Leaving is tougher than either of them could have imagined. But they’re two people who have nothing in common, living on opposite coasts. There’s no way they can ever be together. Right?

“You going to do something about that?” He nodded down to his very prevalent erection as it pressed into her stomach.
“Maybe. You stopped me before I could get going, though.” Who the hell was she, that she was completely down with sucking a guy’s cock and giving him a handy in one day? This obviously must be an illness. Sex sickness.
That was a real thing, right? It had to be, or else she’d gotten a little haphazard on washing her hands while traveling and was now infected with a brain-eating bacteria that turned her into a sex fiend. That was…less likely. Whatever it was, she couldn’t bring herself to care, because all she wanted was Gage’s hands on her, and for him to fix the need that ached between her thighs.
“And what did I say before?”
She thought for a moment, her brain still fuzzed over with must have Gage. Need now. “That you’re in charge?”
“Exactly. Let me take care of you,” he whispered in her ear.

Jennifer Blackwood is a USA Today bestselling author of contemporary romance. She lives in Oregon with her husband, son, and poorly behaved black lab puppy. When not chasing after her toddler, you can find her binging on episodes of Gilmore Girls and Supernatural, and locking herself in her office to write.

“The order to destroy the world was given at 17:23 Eastern Standard Time in the year 2035.” 🔭🔭🔭🔭🔭🔭🔭🔭🔭🔭 . . . And so begins The Paradox of Fates (Prevent the Past #1) by Rebecca Hefner. I’m excited to share her new release and you should spend some time in a new science fiction universe 🔭🔭🔭🔭🔭🔭🔭🔭🔭 . . . . A Paradox of Fates by Rebecca Hefner: A Paradox of Fates follows Dr. Elaine “Lainey” Randolph on her quest to decipher time travel and go back to the past to prevent the apocalypse.  Opening in the year 2075, as Lainey is growing close to achieving her goal, a handsome military captain appears at her scientific hub and offers her protection. But there are evil forces in their dystopian world and Lainey is distrustful of her unwanted attraction to Captain Rhodes, for she has one purpose and must stay focused on her ultimate goal. 🔮🔮🔮🔮🔮🔮🔮🔮🔮 . . . . Blurb: One woman bred to save the world… Dr. Elaine “Lainey” Randolph was born with one sole purpose: to prevent the past. With her brilliant mind and unwavering spirit, she works tirelessly to solve the equations that will finally unlock the mystery of time travel. Then, she will leave the post-apocalyptic future her grandfather created and travel back in time to prevent his calamitous actions. When handsome military captain Hunter Rhodes appears at Lainey’s remote scientific hub, he offers her protection. But there are strings attached to the mysterious soldier’s proffer, and Lainey finds herself wary of the man who stokes unwelcome longing and desire in her unemotional heart. For Lainey is a scientist, obdurate and dispassionate toward the notion of romantic love. As Lainey’s band of ragtag scientists and loyal soldiers endeavor to escape the dystopian future, the evil New Establishment threatens to destroy them all. In their unpredictable timeline, the nefarious regime has become all-powerful and will stop at nothing to ensure complete world domination… #aparadoxoffates #rebeccahefner #anoveltakepr #scifiromance Connect with @rebeccahefner
🐇🐇A blog hop with 5 other awesome bloggers over at Facebook. We are offering a $15 Amazon gift card to one lucky follower. . . 🐇 Be sure to Visit ALL 6 ‘Hop Stops’ and Like them to be entered in the $15 Amazon gift card. All entries will be verified. . . . #Linkinbio #YourNextBBF #Facebookbloghop #bloghop #readromance #bookparty #amazongiftcard . . 🐇@collectorbookbf 🐇@starcrossedbookblog 🐇@read_more_sleep_less 🐇@foxyblogs 🐇@bewareofthereader 🐇@thekinkreport
#Booktalk 🤯🤯 | If someone starts to tell you about this story PUNCH THEM. . . . I mean this story needs to be discovered as it unfolds without comments and opinions. . . Currently I can not do anything. My productive weekend is currently on hold - #perfectchaos #jodiellenmalpas . .
Today’s #throwBOOKthursday is dedicated to Hate-To-Love romance. This is a small #TropeStack but these babies takes “angry sex” to the next level!!! Celebrate, read and recommend the best romances with #FindYourForeverTrope.
🔥New Release | They don’t call him Savage for nothing. He will love you and then savage your heart ❤️ ...#SavageBurn #SavageTrilogy
Are you Team Recline or Team Don’t Recline? #WindowseatWednesday I’m currently flying to Grand Rapids MI and that seems to be the discussion around me. #teamrecline . . . #TravelTips #Goodtobebad #windowseat #inflight #viewfromabove #amazingsky #upinthesky #airplanewindow #wingview #traveltag #travelpost #ineedabook #bookstoread 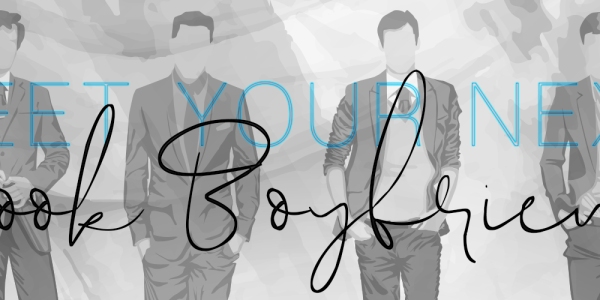 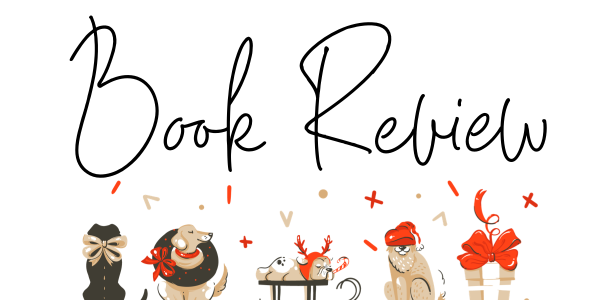