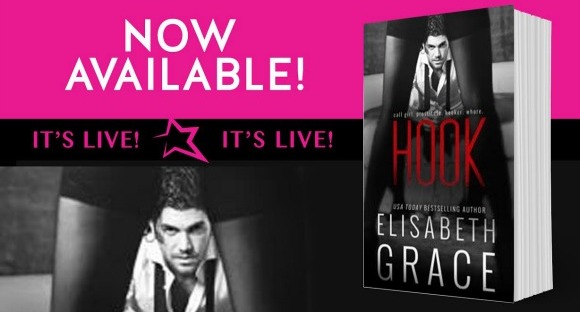 Blurb
Women loathed me without even knowing my name.
Men coveted the very idea of me.

I’d heard it all. Done it all.

Over the years I’d felt a lot of things about my occupation…but not regret–never regret. I had my reasons for doing what I did and nothing and no one had ever made me question them.

He’d changed me and I’d naively fed into the fairy tale.
But Marco wasn’t my Prince Charming.
He had secrets of his own.
Secrets that would eventually rip away everything I held dear. 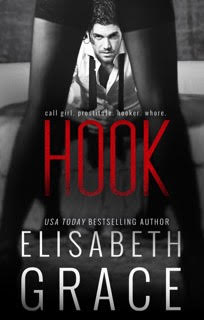 HOOK/BURN is no Cinderella or Pretty Woman!  I knew this story was going to be good. What I didn’t know was this: I was going to be hooked into an awesome story with a different twist than expected. Everything you think is going to happen, won’t happen!

A Prostitute and a billionaire falling in love with each other.  Sounds familiar right?  You are not going to read a sweet and innocent romance.  You are going to find two people who will be drawn into happiness and betrayal.  Its obvious when Marco stipulates he will be her one and only client while in Vegas.  Even with all his billions, he realizes money will not fix all his problems and his heart.

Brandi is very good at her job!  She is damn good at her job.  And when Marco Valenti, an Italian businessman, decides to hire her to help pass the time away while in Vegas, he gets more than he purchased.  She is smart and attractive and that’s a dangerous combination for someone who has a lot to lose.  Nevertheless, she is a business woman.  As a business, she has managed to compartmentalized her job from the real person and her real world.

However, BURN turns from igniting a romance to exacting revenge.   Brandi has lost the most important thing in the world to her and she will make sure the people who are responsible pay – with their life.  She realizes she can only depend on herself if she wants to survive.  She fights back in the only and best way she knows how.  Sex is all about power and she needs that power to get her close to her target.  However, along the way of plotting revenge she manages to put her life in more danger than she anticipates.

BURN is realistic and cold.  Prostitution is not romanticized.  This is the reason why I love this story so much. It could have been a campy romance about the billionaire falling in love with the prostitute underline with saccharine sweetness and romance.  Instead, it’s a romance that you will enjoy reading with a lot of frightening angst.  The romance will take you through feelings of joy, happiness, love, denial, betrayal and revenge.  A perfect combination you must check out and enjoy.

*The review was written as a box series

“I’m here because you’re paying me,” I bit out.

His muscles stiffened and Marco pressed his lips together. “Of that, I am fully aware.” His hands dropped to his sides and his jaw ticked.

“I just meant…” I trailed off, unsure how to rectify the situation. I’d let my anger get the best of me. Marco looked down with such intensity in his dark gaze that I drew in a breath and held it.

Eventually, he wrapped his hands around me and I exhaled a shaky breath. He drew me to his firm chest and dropped his forehead to the top of my head. Being locked in his embrace and pressed against his body left me breathless. Tingling started in my extremities as Marco’s hand caressed up and down my back. He nuzzled his face into my neck and drew in a deep breath, inhaling my scent.

“Profumi d’estate. You smell like a sweet summer breeze.” His lips grazed my neck and I shuddered before he brought his forehead to mine.

His scent—a combination of expensive cologne with a hint of bergamot—drifted into my nose. Suddenly, I wanted to pleasure this man. Not because I was being paid to do it, but because I wanted him to want me, I wanted to make him happy, and I wanted to know him intimately. As fucked up as all that was.

I moved my hands to his chest, feeling his hard pecs flex beneath my palms as I dragged them down his abdomen, eventually lowering myself to my knees. The outline of his swollen cock was clear through his suit pants and I traced the shape with a single finger. When I reached the tip and squeezed, he hissed and pushed his hips forward. Wetness pooled between my thighs and my clit pulsed, demanding attention.

I looked up at him as I undid his belt and slowly pulled his zipper down. His large hands threaded into his hair, his eyes a little wild. My nipples hardened when I opened his pants and saw that he wore no underwear. Did he always go commando?
I licked my lips at the sight of his large, uncircumcised cock, stiff and straining in front of me. Before I could act, Marco bent at the waist and reached down, gripping my wrists and stilling me. He squeezed them, and with only a look he told me to let go of his dress pants. I did, unable to help myself from doing his bidding.

Marco gently pushed one strap of my dress off my shoulder and then the other. He pulled the fabric down, and since I wore no bra, my breasts sprung free. His eyes flared and he bit down on his bottom lip, sucking it into his mouth as he did. Unable to control my reaction, my back arched, silently begging him to put his hands, mouth—hell, anything—on me.

My breasts felt swollen and heavy, my nipples almost painfully erect. Marco ran the back of his hand softly along the outside edge of one breast as my heart hammered in my chest like a tribal drum, the beat picking up speed the longer I was forced to wait. His heavy-lidded gaze drifted up to meet mine at the same time his fingers clamped around one of my nipples and squeezed. I cried out, my head dropping back at the pure ecstasy of pain that was matched with equal parts pleasure.

“Sei perfetta,” he said, falling to his knees.

He palmed my breast, and I brought my head up just in time to watch his head dip down. He sucked the nipple he’d just delivered such exquisite torture to into his hot mouth, soothing the ache that remained. With no warning, he twisted my other nipple. My hands dove into his hair while his steady gaze watched my reaction. His full lips dragged across my hot skin until he reached my other nipple and laved it, erasing the sting of his assault.

Then he squeezed both of my breasts, pressing them together. “I am going to fuck these beautiful tits. Soon.”

God, I hoped Marco was a man of his word.

His stiff shaft bobbed with his movements while he played with me a little longer, sucking and pinching and pulling and tugging. Everything he did was driving me wild.
Finally, he pulled away from me and stood back up, his pants wide open and displaying his impressive manhood. Marco unbuttoned his shirt as I kneeled below him, watching the buttons give way, one by one, revealing even more of his chiseled chest.

The man definitely spent time working on his physique. Starting at his protruding pecs, I reached up and ran my hands down his eight-pack and along the deep V carved into the lower half of his abdomen. Both the V and his dark treasure trail seemed to be pointing to the one thing that could ease the steady heat burning inside of me.

I hadn’t realized how hard I was biting my bottom lip until Marco pushed his shirt off so that his cock was front and center, begging for attention. Dark, assessing eyes looked down on me, and a smug grin tugged on one corner of his mouth. “Open up, bella.” His hand pushed into my hair and pulled me forward.

He didn’t have to ask twice.

Disclaimer: This blog contains affiate links. I may earn a small commission to fund my wine addiction if you use these links to make a purchase. You will not be charged extra and you’ll keep my wine appreciation top notch. Please note I only recommend books that I personally read and love and I always have my readers’ best interest at heart.